On 24 August 1991 thousands line the streets of Moscow as the coffins of the "Three Martyrs" slowly wind their way to Moscow's Vagankovo cemetery, where busts of the three were erected. Mourners carried large portraits of the martyrs. This was a few days after the coup failed, hastening the breakup of the Soviet Union later that year. The 1991 Soviet coup d'état attempt, also known as the August Coup, was a failed attempt made by Communist leaders of the Soviet Union to take control of the country from Mikhail Gorbachev, who was Soviet President and General Secretary of the party. 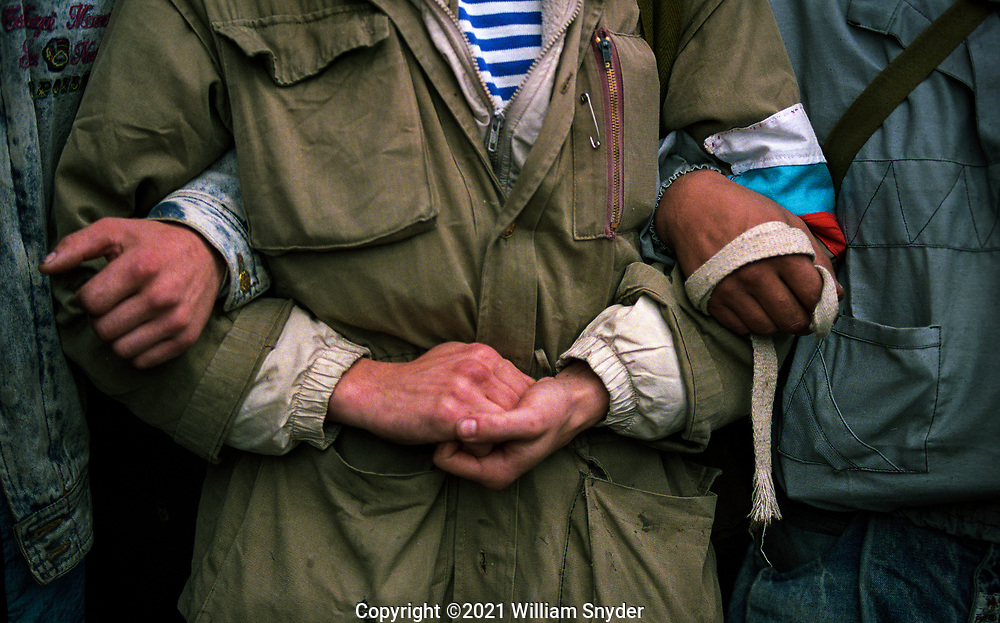