The US gold medal winner Kevin Jackson listens to the US national anthem during the medal ceremony during the 1992 Summer Olympics in Barcelona, Spain. Smith had defeated the Unified Team's Elmadi Jabrailov in the 82kg Freestyle wrestling. Jabrailov's behavior during the medal ceremony caused a bit of stir when he refused to shake Jackson's hand and didn't stand at attention during the playing of the winner's national anthem. This photo was part of the collection of photos that was awarded the 1993 Pulitzer Prize for News Photography. 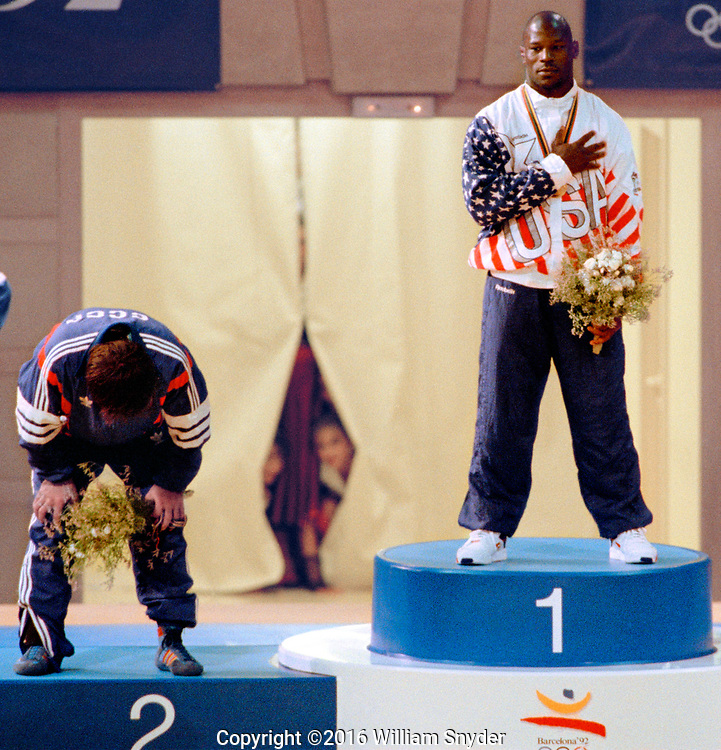